Our newscasts regularly describe how American children are not competitive with other countries. This is attributed to inferior education, government policies, bad curricula, parenting, etc. I think they ought to take a look in the mirror first. The grammar, spelling, and logic on display in our TV newscasts, newspapers, etc. from mainstream media are atrocious. Yes, teachers do it, too, but they aren’t paid what NBC and CBS anchors are. You’d think for that kind of money the networks could hire someone who knows how to speak English. It’s no wonder our children don’t measure up when they hear stuff like this every day. The first four I hear constantly from newscasters on all networks. The last few indicate in green who said or wrote that.

“The facts infer…”
[imply, not infer. The listener or reader infers. Facts or speakers imply.]

“Dinosaur bones recently found in Argentina are from the largest mammal ever to walk the earth.” Lester Holt, NBC
[Dinosaurs were not mammals.]

“Disasters keep coming, one after the next.” Local ABC anchor
[“…one after the other.” The word next means it is the one that comes after. ]

“Hiring additional employees will only exasperate the risks.” An ex-FBI agent “expert” on cyber security.
[“exacerbate the risks”. ]

Lion Plays Rough by Lachlan Smith
My rating: 3 of 5 stars

This book was satisfying overall, if not exceptional. Call it summer reading. The legal stuff was pretty accurate, but the characters were rather stereotyped. I enjoyed the local color since I used to live in the Oakland hills very near where some scenes take place. In fact, the main character drives right by my old house in a car chase scene. The mystery keeps you guessing until the end, although I wouldn’t call it suspenseful. I found the insertion of the character Teddy to be too much political correctness and not very plausible, but some people will enjoy the character development there.

Blood Money by James Grippando
My rating: 1 of 5 stars

This book was a big disappointment. I’m always looking for mystery series that I can devour over months or years, and this is one of a lengthy series that might have fit that bill. Unfortunately, it was not to be. The book had its problems early on, but it wasn’t bad enough to abandon until p. 140. I finally gave up there after one of the most ludicrous FBI scenes in all of literature.

The main character, a lawyer, receives a death threat, so his FBI agent girlfriend arranges for the FBI to provide personal protection in his home and an “encrypted line.” The line is so he can talk securely to his clients and apparently anyone else since the murderer seems to be able to tap his line or hack in. For starters, there’s no FBI jurisdiction. It’s a murder threat to a normal citizen, not a federal witness or judge or official. The locals would handle it (probably by increasing patrols, and that’s all.) His girlfriend, the agent, had moved out so she wasn’t threatened, and even if she had been, the protection would be on her, if anyone, not him. Second, they don’t provide security for anyone that I know of besides the FBI Director and his family, although they may post agents at the homes of kidnap victims’ families until the ransom is paid or the victim released. At least that’s the way it was in my 25 years in the FBI. Third, how in blazes is that “encrypted line” supposed to work? The author’s unclear on the concept. Anyone with an IQ over 75 knows that if you encrypt something, it can only be understood by someone who can decrypt it. So is the FBI going to run out and install the decryption technology at the homes and offices of everyone the lawyer calls before he calls them? If they didn’t, all the recipient would hear is white noise. Encrypted telecommunication, at least the FBI kind, is classified and would never be installed in any civilian’s home, which is an unsecure environment. It only goes from government office to another government office or classified site, like a defense contractor and requires a SCIF or at least a level 3 safe, and most importantly, the same decryption technology and key as the sender. Absolutely laughable.

I was so disgusted I had to stop. How does stuff like this get by the editors, anyway? They must have a very low opinion of the intelligence of their readers.

Sting of the Drone by Richard A. Clarke
My rating: 5 of 5 stars

It’s been a long time since I gave 5 stars to a book, but this one had me eager to turn the next page all the way through. As the title and reviews indicate, it is themed entirely on drones, in particular, military drones, although a few civilian ones play a role.

Of course, drones are a controversial topic, with objectors conjuring up visions of Big Brother and an oppressive surveillance society, while supporters, apparently including the author, are glad the U.S. finally has an effective weapon against the jihadists bent on attacking and killing Americans. I see both sides of that argument and the politics of it play no role in my rating. I just thought it was an exciting thriller. Of course there are plenty of explosions, death, and cool technology described, so if that’s not your thing, skip it.

Full disclosure: I’m a retired FBI agent and an owner of a DJI Phantom quadrotor, i.e. “drone”, so perhaps that colors my view. Drones can be useful tools for public safety agencies, including fire and police departments. I use mine responsibly for aerial photography, such as for scenery or videoing events (at the request of the organizer). I think of it as an aerial tripod, that’s all. I don’t spy on people and I don’t fly where it would bother people or endanger anyone. I wish I could say the same about all multirotor owners, but there have been some pretty irresponsible folks posting videos of crashes or injuries (of the drone or its owner, not cars or others) they caused by flying irresponsibly, so I don’t want my positive review of the book to suggest I approve of the sort of reckless cowboy mentality some owners have. Real life is not a video game, folks.

I will also say that, based on the FBI scenes in the book, there is a lot of exaggeration of the capabilities of the technology and an understatement of the bureaucracy involved. I doubt drones can do half of what is depicted, at least with the ease and efficiency described in the book. That’s okay; this is fiction. A real-life James Bond couldn’t do the things the book/movie version does, either. Just read it for its entertainment value and you’ll enjoy it.

P.S. Several Goodreads reviewers pointed out some typos or other errors. I checked where they indicated and my library copy is free of the mistakes mentioned. They seem to have been fixed in the final editing.

A dyslexic man walks into a bra…
She was only a whiskey maker, but he loved her still.
No matter how much you push the envelope, it’ll still  be stationery.
Atheism is a non-prophet organization.

Two guys sitting in a kayak were chilly, so they lit a fire in the craft. Unsurprisingly, it sank, proving once again that you can’t have your kayak and heat it too.
groan 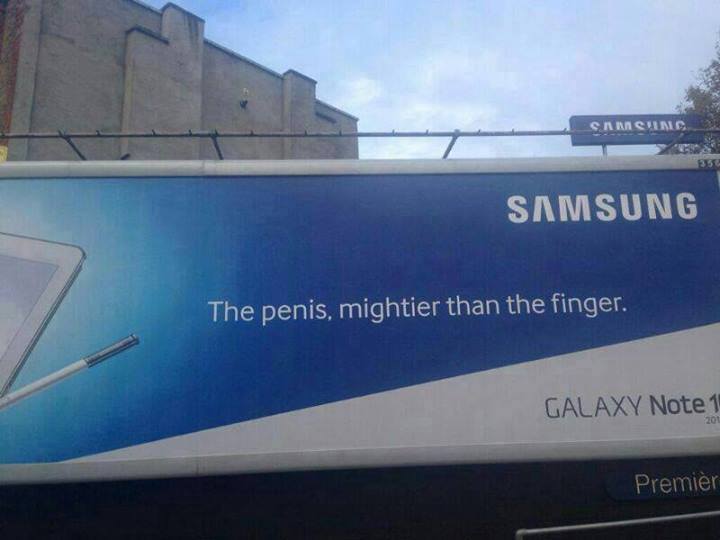 It would be presumptuous of me to review a play by The Bard that has withstood the test of time, so I will just mention a few points that may help a reader trying to decide which Shakespearean drama to tackle. This one would be a good candidate.

I was tired of the formulaic”mysteries” (which are seldom mysterious) that populate the best-seller or recommended reading lists these days, so I picked up my copy of the complete works of Shakespeare to find something different. Actually, I picked up my wife’s copy, which was a mistake. I started reading this play and realized that I needed the footnotes to get all the wordplay, so I switched to mine. My copy, a different edition, explains all the puns and allusions. You have to read something like this to appreciate what a genius Shakespeare was. The play is billed as a drama, but the repartee between the characters, especially the sassy servants backtalking to their masters, makes this one equally legitimate as a comedy.

To be sure, there are things in it that are unacceptable to modern audiences. He uses the terms Jew, Hebrew, and Ethiope as vicious insults, for example. Still, that’s merely reflective of the absolute certainty of the age that white British or at least European Christians, and by that I mean males, were clearly superior to all other races and all infidels. Kind of like the Taliban does today, which makes them caught up to 16th Century moral and ethical values, I suppose. Oops! I don’t do politics. Disregard that last remark. Another example would be how quickly love strikes — and how quickly it flees.

Another fun fact is the author’s continuity problems. For example, when one of the main characters arrives in Milan he is greeted by his host with, “Welcome to Padua.” That would make a good trivia question or crossword clue: “When Proteus arrives in Milan, his host welcomes him to what city? 5 letters.” Milan? Wrong! In fact he does it a second time, referring to Milan as Verona.

It really helps if you understand Elizabethan English well enough to follow all the wordplay, but even if you don’t, you can still enjoy the slightly farcical play we would today call a dramedy. Boy, that guy can write!