there is no goat by Jennifer Dunham
My rating: 5 of 5 stars

This fascinating first-person account by a counter-intelligent agent stationed in Afghanistan is at times mind-boggling, eye-opening, and gut-splitting funny. The author describes her many interviews of Afghan men in clear, unadorned tell-it-like-it-is prose. It reads more like a government CI report (of which I’ve read many) than a work of literature, but it works. She was stationed near the Pakistani border in a base surrounded by small rural Pashtun villages. The level of ignorance, deceit, corruption, poverty, and stupidity she describes is almost hard to believe, yet it all rings dismayingly true. Politically correct it’s not, and the one or two bad reviews are clearly coming from the self-appointed PC police. There are Afghan men who don’t know the names of their children and sometimes not even how many they have. Another man thought his father was two years older than he was. One job applicant described how his brother was killed by an IED while that same brother was in the next room interviewing for the same position. If you ever plan to go there, read this first. The author clearly has a red, white, and blue soldier’s political leaning, but you wouldn’t want anything else in a military CI agent, now would you? Still, the picture she paints makes you wonder why we ever went there and certainly proves, as if any proof was needed, what an utter failure the idea of nation building is in this tribal land where national borders are just lines on a map.

This is a fascinating article for word mavens like me. The Geocaching Logo is a registered trademark of Groundspeak, Inc. Used with permission.

The Burglar Who Counted the Spoons by Lawrence Block
My rating: 3 of 5 stars

Bernie’s fans will not be disappointed. The book is full of the characteristic wit, lust, arcane history, rare book trivia, and clever dialogue with his lesbian best friend Carolyn of the series. The mystery itself is secondary and suffers from the also-characteristic feature of not being solvable by the reader since the critical evidence is all obtained by Bernie through his signature burglar skills, and not shared with the reader until the big reveal at the end.

Mystery fans who are newcomers to this series should be prepared to accept that the crook, Bernie, is the protagonist and is never “brought to justice” in the typical crime novel way. Yes, he steals for a living and gets away with it, so if that bothers you, get over it or read something else. Of course, the author tries to make him out to be something of a wise-cracking Robin Hood figure, stealing only from those who deserve it and never actually harming anyone.

There’s a lot of filler in this book. The history of apostle spoons and overlong banter between Bernie and Carolyn make this a bit more tedious than it needs to be. Even so, it is refreshing to read something with an element of surprise that is upbeat, light, and devoid of the gore, sadism, and foul language of other mystery novels.

Here’s a neat website for anyone who enjoys aerial photography or travel. If there’s some remote, scenic spot you’ve always wanted to see, just find it on the map, zoom in and watch a “drone” video made there.

Wilson writes well and the book held my interest all the way through. I was at first put off by the implausible alternative history premise. The basic idea is that in this 2014 Earth the radio-reflective layer surrounding the earth is alive and intelligent in the form of a hypercolony of microscopic organisms; it keeps humans from yet another world war by altering the signals it receives and reflects to manipulate human behavior. The science part of science fiction didn’t really apply, but as fiction goes, it was imaginative and mostly entertaining. The book appears to be trying to impart some deep philosophic ideas, or at least pose some significant questions about the meaning of life, intelligence and self-awareness. I found it to be unconvincing in this respect. In the end, it seemed like the author had been given an assignment by his publisher to write another sci-fi book and he was just fulfilling his duty. Still, I just pulled this one off the shelf of the library and wasn’t expecting an epiphany. I was expecting to be entertained for a few days and it succeeded just fine in that.

I’m always getting them confused. 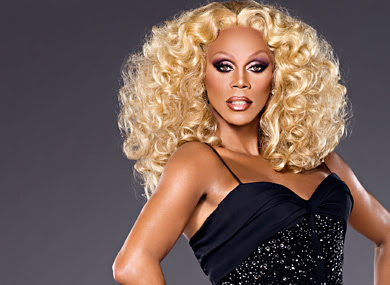 It’s an easy mistake to make.

If you do, please do me a favor to help me figure out how many human readers I have. Click the link above that says About the Author/Contact, then fill in the form at the bottom of that page. You have to put a name and email address, but it can be fake if you want. I don’t need real names names or email addresses, although it might be helpful to know who you are in order to tailor my posts better for my readership. It will only take you a few seconds. If you want to add any comments or state what posts most interest you (book reviews, videos, geocaching-related, etc.), please do. When done, click submit. Please submit only one form. Thank you.