It’s no secret that many immigrant groups to the U.S. formed communities with other countrymen. It’s interesting to see that there are some patterns to where those communities formed. Climate seems to have been a big part of it. Take a look at these maps. 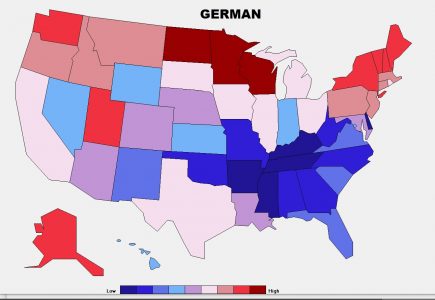 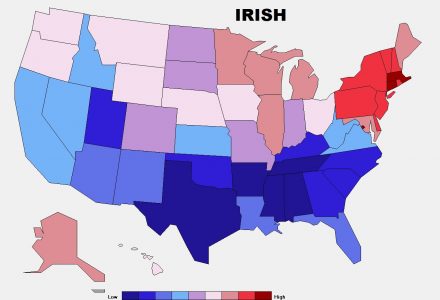 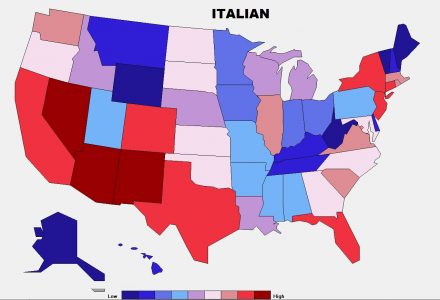 In each of these The darker red indicates the highest density of people with that heritage, blue the lowest density. The data is taken from U.S. Census data from 1910 – 2018 so it shows long-term trends. I chose 20 names that are common to each of the nationalities shown and not common in other groups and measured what percentage of the total names in that state they represented. Note that Germans, from a more northern, colder, country tended to settle in northern parts of the U.S. while Italians flocked to the hot weather states. The Irish, no surprise, are densest around Boston and vicinity. I doubt climate had much to do with that; both are heavy fishing communities, which is a more likely explanation. Here are some more examples: 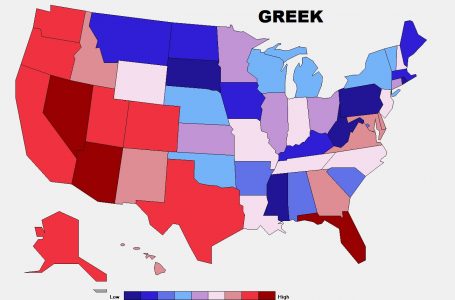 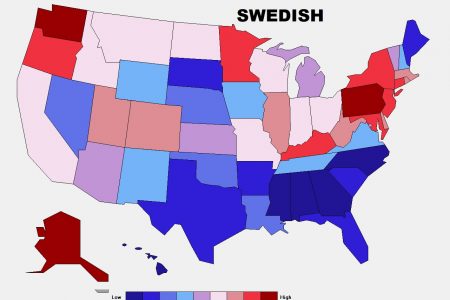 Again we see a cold climate group, Swedes, migrating to cold states while the warm-weather Greeks settled in hot states. Of course there are many factors influencing where immigrants settle, or where established Americans choose to move, including wanting to be near others with similar backgrounds.

A note on interpreting these maps: I’ve only compared each ethnic group to that same group in other states. You can’t tell from these whether Germans are more or less common than Greeks, say, in a given state, only whether those of German heritage are more common per capita in state A than in state B. If you have a nationality or ethnic group you’re curious about, post your request it in the comments or contact me using the contact form in the menu above and I’ll try to post a map for that group.